On a bitterly cold night of driving rain and freezing fog, an Irish comedian slept rough on the steps of St John’s Church, Ballinasloe, to raise money and awareness for the homeless this Christmas. It was part of “Rough Set Ireland,” an extreme survival walk undertaken by stand-up comedian, actor, ex UN Quick Reaction Forces soldier & ambassador to Homeless Healthcare Los Angeles, Francis Cronin. Having set off from Salthill in Galway on December 18th, he hopes to walk the 240 kilometres from west coast to the east coast, sleeping rough each night, in time to meet up with Glen Hansard and Bono as they busk on Grafton Street on Christmas Eve, before joining thousands of swimmers for a freezing cold dip at Dublin’s famous 40 Foot on Christmas Day. Along the way, he will be storytelling and performing stand-up gigs with some of the biggest names in Irish entertainment.

Money raised during the campaign will go directly to help fund much-needed homelessness services from the Simon Communities of Ireland, as the number of men, women and children in emergency accommodation reaches record highs this winter.

On the second night of his unique coast-to-coast tour, Francis Cronin was joined in Ballinasloe’s famous Pillar House bar by legendary comic Karl Spain, before sleeping-out under the Town Clock, which is housed in the church tower. “The Town Clock is the most iconic monument here in Ballinasloe,” explained Catherine Gibbons from the Pillar House. “Thanks to the kindness of local people, it’s just been restored after all these years. What Francis is doing here is the kindest of things, so the Town Clock was the obvious place to choose for him to sleep out.” 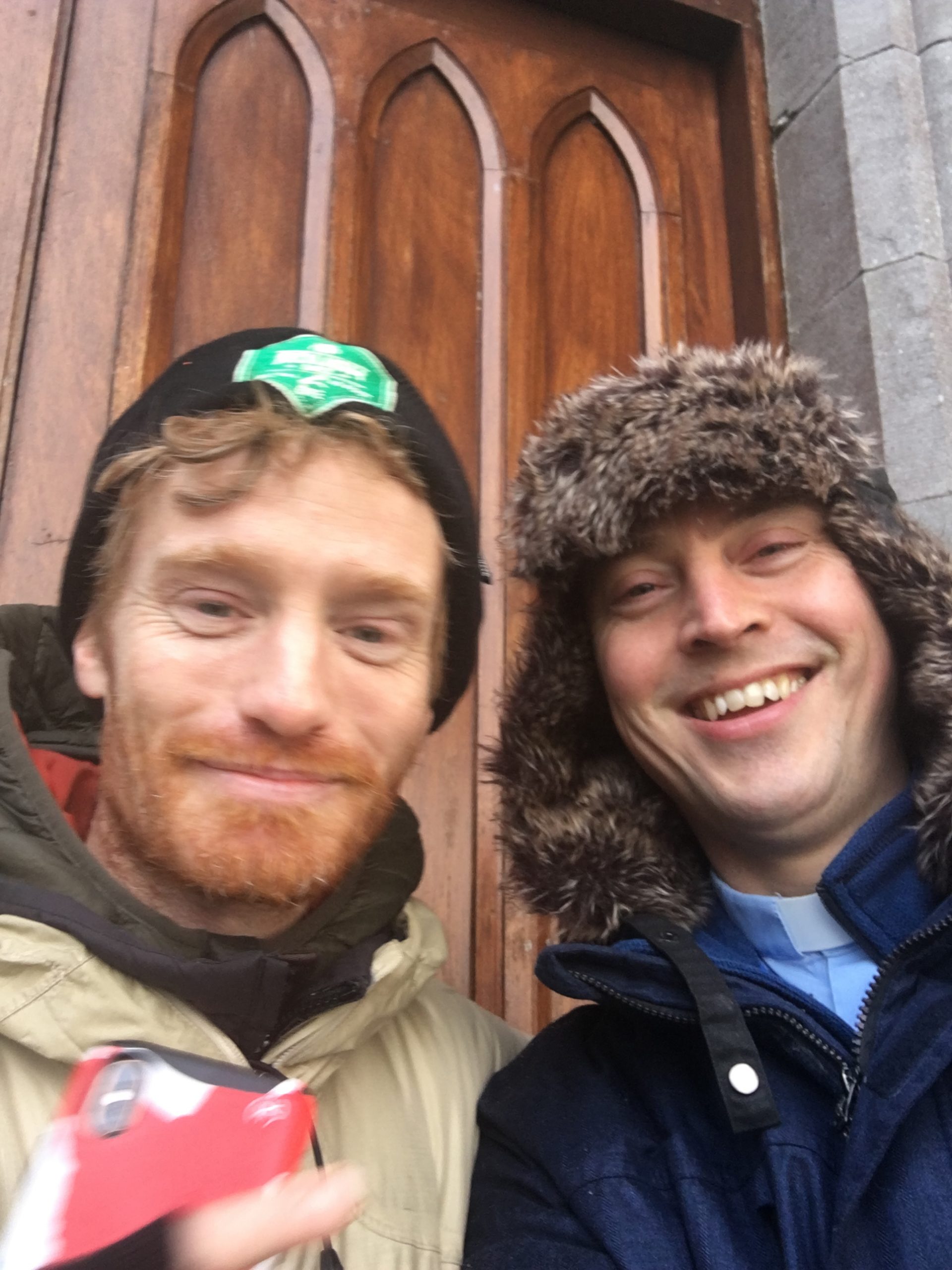 The rector of St John’s Church, Reverend John Godfrey, explained just how honoured the parish was to be involved in the project. “Francis’ courage has really humbled us. It’s awful to think of him sleeping out in this weather. But he has chosen to make himself vulnerable here tonight as a sign of compassion for the most vulnerable people in our society. Isn’t that what the Incarnation was all about – God’s love willingly stabled in human vulnerability? Tonight, Francis has brought the message of Christmas out onto the streets. He has turned our church steps into the Bethlehem stable.”

“This is a great night for Ballinasloe,” added local man Kevin Cunniffe, who maintains the Town Clock. “Francis Cronin is an inspiration to us all.” Francis himself was touched by the warmth of support he received on his arrival. “It’s an amazing feeling,” he said, “to receive all this kindness from people you don’t know. When you put yourself out there to do something kind, there is so much goodness that comes around you.”

In last year’s “Rough Set,” Francis walked over 500 miles, unaccompanied, no tent, from San Francisco to Los Angeles, performing stand-up comedy and storytelling with celebrities along the way, relying on his wits and the kindness of strangers to survive. It became a global news story which raised $30,000 in just 40 days.

The public are invited to track Francis’s real time movements via satellite as he traverses Ireland, walk with him during the day, and attend star-studded comedy shows each night. To follow his daily updates and to donate to this year’s appeal for the Simon Community go to www.franciscronin.com or @glowpunk on FACEBOOK.