The recently published 2016 census results showed that among the large towns (i.e. those with a population of 10,000 or over) Killarney (with an average age of 40.9 years)had the the ‘oldest’ population. 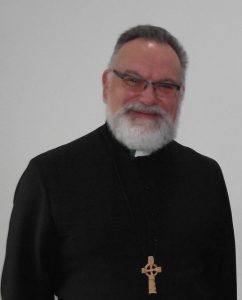 Archdeacon Simon Lumby, Rector of St Mary Killarney, responded to the census’ findings in an RTE interview asking about the impact this ‘ageing of the population’ has on the work of the church.

“Actually, older people tend to become receptive to spiritual things and to thinking about their life’s work and achievements in the greater scheme of things. This means it is easier to open up for them a relationship with God that may have lain dormant for some years. Our work among the tourists and the tourism industry in Killarney is built upon the fact that many older people visit and stay in Killarney. We open up for them the idea that their visit, and especially the feeling of uplift they have in their heart, is a direct communication with the divine. This gives them access to a type of relationship with God they may never have perceived or thought possible.”

A strong theme of the work in both Killarney and other churches within the Diocese of Limerick and Killaloe is the development of ‘Spiritual Tourism’, offering people (of all ages, actually) the opportunity to enjoy God’s creation not just in the beautiful surroundings of the Kingdom of Kerry but also in its deeply spiritual history, tradition and culture

p.s. (There are those of us who would think that 40.9 years old would barely take us out of considering ourselves as still being in the flush of youth…. Ed.)