Canon Niall Sloane, Rector of Holy Trinity Killiney in the Diocese of Dublin is to be the next Rector of Limerick City Parish and Dean of Limerick.

Canon Sloane was educated at Trinity College, the Milltown Institute and the Church of Ireland Theological Institute in Dublin.

He was ordained in 2005 and served as curate assistant in Agherton Parish, Portstewart and then as senior curate assistant in Taney Parish, Dundrum. He is currently Rector of Holy Trinity, Killiney in the Diocese of Dublin. Canon Sloane is also Chancellor of St Patrick’s Cathedral in Dublin, a position he will retain, Secretary of the General Synod Commission for Christian Unity and Dialogue, a governor of St Patrick’s Cathedral Grammar School and of Rathdown School, Dublin, and a member of the Irish Inter-Church Committee. He is also chair of the Sunday School Society of Ireland.

Canon Sloane is originally from County Cavan. He is married to Karen and they have a one year old daughter, Evelyn.

Commenting on his appointment Canon Sloane said: “I am delighted to have the opportunity of becoming the next Rector & Dean of Limerick. I am very conscious of the great legacy built up there by previous Deans and as I hope to add to this, I am aware that I very privileged to be moving to the city at a very exciting time. St Mary’s Cathedral is rooted in the ancient Christian heritage of the South West and next year marks the 850th anniversary of its foundation. Together with St Michael’s and Abington they are all committed to serving the wider communities of the Diocese and City of Limerick. I look forward to getting to know the people of Limerick and my new colleagues, in particular, the Rev’d Edna Wakely who has been looking after the parish with great care and diligence.”

Bishop Kearon writes: “I am delighted Canon Sloane has accepted this appointment. He brings a wide range of gifts and pastoral experience, and I look forward to working with him in both the parish and diocese. We all, look forward to welcoming Niall, Karen and Evelyn to Limerick.”

A date for his installation will be announced shortly. 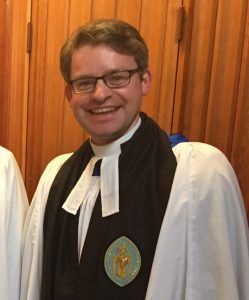